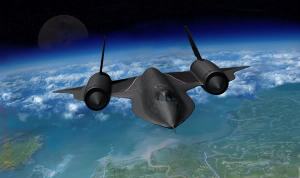 Cognitive decline can sneak in after repeated unseen seizures

Parents who observe a child’s grades slipping may be quick to blame video game activity, reasoning that too many hours spent on video games has meant not enough time is being spent on homework and studying. The cause-and-effect relationship might not be that simple, though. Declining school performance among frequent, longtime gamers could be the result of reduced cognitive ability caused by undetected screen-induced seizures.

People who don’t experience recognizable seizures from video games may nonetheless  have what are called subclinical seizures – events that qualify on EEG as seizures but don’t cause noticeable symptoms. (Subclinical seizures can happen to people who sometimes have very obvious seizures, too.) How would you know about seizures that can’t be seen and that the child is not aware of? You probably wouldn’t, unless you had EEG testing done that showed abnormal response to photic stimulation.

Over time, if seizures continued to happen fairly frequently, you might notice some memory problems or less alertness, which also could be due to stress or depression or many other causes. Research on the effects of short, nonconvulsive seizures that have no symptoms suggests that after many seizures over a period of time, there’s a cumulative impairment of the ability to acquire and retain information. “The clinical relevance of this…is that early detection of the cognitive impact of seizure-related activity and subsequent treatment may prevent a detrimental impact on cognitive and educational development,” according to a 2004 study in the journal Epilepsia.

The same authors note in an earlier paper that the cognitive functions most affected by frequent, hard-to-detect seizures are short-term memory and alertness. “Often these [nonconvulsive] seizures present as behavior fluctuations or attentional disorders and can therefore persist during a longer period.” This means that individuals with existing behavioral issues or attention problems are less likely to notice these changes or to have them noticed by others.

People with short, nonconvulsive seizures who remain untreated for a long time demonstrate lower IQ scores. Performance on IQ tests and in daily life is generally reported to improve when seizures are brought under control. “In children with difficult-to-detect seizures, the authors reported “sudden and unanticipated decline of school performance as the first symptom, again as a result of the accumulating effect of such seizures on cognitive function.”

In short, we know from research studies that:

Put them all together, and it’s clear all video games need to be made seizure-safe, because seizures can happen to anyone, and, undetected, they can continue to occur and impair functioning for years. Parents, legislators, regulatory agencies, game developers, and the entertainment software industry have been standing by and allowing unknown numbers of children to lose strength in some of their core mental abilities, most likely for years at a time. The UK, which requires broadcast TV to be seizure-safe, is moving in the direction of seizure-safe games. How long will it take and how many lives will be diminished before stakeholders everywhere  pay attention to this public health problem?