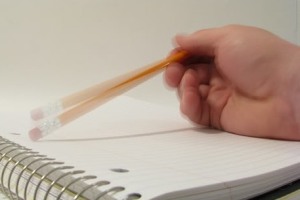 ADHD develops in children not merely as a consequence of genetic make-up. Environment can be an influence on its expression and severity, too. The study authors note that not enough research has been done on environmental factors that influence attention and impulse control.

“For the past 30 years, most of the research on attention problems has focused on biological and genetic factors rather than on environmental factors. This allowed for rapid advances in drug therapies, but has also caused many researchers and members of the general public to assume that impulsivity and attention problems were not modifiable by experience. This is unfortunate, as it means we have only focused on part of the solution. Furthermore, many problems with genetic bases are clearly enhanced by environmental triggers. By understanding some of the environmental influences, we can develop more effective solutions for children and parents. More research is clearly needed on the environmental factors, especially factors that are easily modified by parents, such as screen time.”

This study mentions four possible explanations for the association of electronic media and greater attention problems, an association that has been shown in other studies.

I’ve got a fifth explanation: Could it be that kids with attention problems are more likely to have visually induced seizures from video games? And that the seizures, which leave behind cognitive impairments, create additional deficits in attention? Individuals with ADHD develop epilepsy at a rate that is 2.5 higher than the general population. About 20 percent of individuals with epilepsy have ADHD, whereas about 4 – 8 percent of the general population do. This higher prevalence in both directions suggests some common neurological weaknesses and/or processes.

Nobody has ever studied the sensitivity of kids with ADHD to seizures from video games. Just as kids on the autism spectrum deserve a study on their vulnerability to video game seizures, so do kids with ADHD. Some real data would allow parents of these kids to be more vigilant about video game exposure and to be watching more carefully for possible after-effects of gaming.

Gentile and colleagues noted that one predictor of increased attention problems, in addition to the total amount of screen time, was video game violence. They speculate that this might support the theory of screen time displacing time that could be spent learning impulse control. Because these are psychology (not medical) researchers, and because they want to get away from the biological model, they don’t raise the issue of neurological overload and/or seizures as a possible cause of declining attention capacity. But thinking about it in terms of the neurological impact on a kid with ADHD is certainly consistent with the influence of screen violence on attention. Violent games are apt to involve higher levels of visual stimulation, with the flashes of explosions, crashes, and assorted dismemberment scenarios.

What do you think?