So, what’s new on the seizure thing? 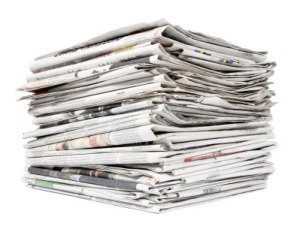 There are many reasons for low awareness of the seizures induced by video games, but today I want to focus on a big one: the lack of current research.

Without new research or a concerted outreach effort by advocacy organizations, it’s tough to keep the issue alive in the media. New research means new findings to announce. The press isn’t likely to cover a subject that’s producing no news.

It’s not as if conclusive studies don’t exist on seizures triggered by video games. Many clinical studies on video games as a cause of photosensitive seizures have been published, beginning in the early 1980s. The findings and methods have been refined over time, but the results have been fairly consistent and haven’t stirred up controversy. In fact, photosensitive epilepsy has always been considered a niche disorder and an out-of-the-way area of research. What’s left to prove?

Today’s studies involving video games are all about how games influence behavior and attitudes. Social scientists are investigating questions such as how much video games affect cognitive performance, memory, physical response time, behavior, and attitudes about violence. The results of ongoing studies like this—unlike the old news about seizures triggered by video games–frequently appear in the news media, keep the issues alive, and are topics of public debate.

The last time significant research findings were published and the advocacy community acted upon this public health problem was in 2005, when consensus papers on photosensitive seizures were published and the Epilepsy Foundation acted by issuing new guidelines for families on preventing them. Very little has occurred or has been published since then to keep the issue before the American public. (One exception: in 2008 the Epilepsy Foundation publicly responded to an Internet attack that placed seizure-inducing images on its website.)

Here’s an example of how things work in the news business.

Last month a pretty balanced piece titled “Video games can be good for you, studies say” appeared in the Chicago Tribune. The reporter, John Keilman, begins the piece by putting video game research into historical context.

Researchers have done thousands of studies on gaming since the 1980s, often with unmistakably negative results. Some associated video games with an increased risk of epileptic seizures, while others cautioned that the games could provoke dangerously elevated heart rates. Many studies also linked violent games to aggression and anti-social behavior.

Ferguson has done dozens of studies on the subject and has consistently found that violent video games do not contribute to societal aggression. One recent project actually concluded that some children who play violent games are less likely than others to act like bullies. [That’s pretty newsworthy!–JS] Ferguson said early research into any new technology is often flawed. Studies that aim to find negative effects get funded and promoted, while those with more benign findings are unpublished and forgotten, he said. When a new generation of scholars more familiar with the technology comes along, different results often appear — and that’s what is happening with gaming, he said. “We’re just not seeing the kind of data emerge that would support the techno-panic that was common in earlier years,” he said.

Although Keilman balanced Ferguson’s remarks with quotes from another researcher, who’s quite skeptical about recent positive findings, there is no further mention in the article of studies about the seizure problem. Readers can easily assume that—as with early studies linking violent games to violent behavior—all the research showing video games can trigger seizures stems from the “negative attitude by technophobes” in the early days of gaming. If one follows Prof. Ferguson’s line of thinking, one could expect that newer studies—if there are any–on seizures and games can be expected to reverse the earlier studies.

I contacted Keilman to point out that the seizure problem hasn’t gone away. He responded that he was aware of this and was interested in writing about it sometime.  He also mentioned continuing research on the seizure issue. I think he’d be interested in writing about the subject if there was some new study that’s newsworthy, but there simply isn’t.

In the absence of new research, or a Pokémon-type episode, it’s hard for journalists to write about a topic that just isn’t news.