Game accessibility and the seizure problem 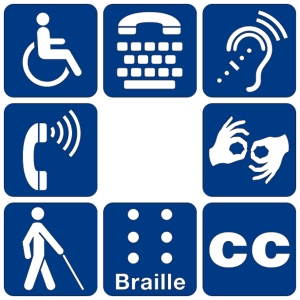 Momentum is growing to eliminate the barriers that make it difficult or impossible for people with disabilities to play video games. An assortment of game accessibility specialists and organizations are advocating with and educating game developers on how to adapt their offerings for gamers with physical, sensory, and/or cognitive impairments many types of disabilities. In addition some of these organizations work with individuals to resolve specific accessibility issues.

Q: How might this trend bring about progress on the seizure hazard in many games?

A: Remains to be seen because game-induced seizures don’t typically receive a lot of attention amid advocacy for other disabilities, many of which are better known.

The leading advocacy players (as it were)

There are also two well-established game accessibility groups—both founded more than 10 years ago—that address all sorts of disabilities and could therefore actively promote the development of games that are unlikely to trigger seizures.

The Able Gamers Foundation is a non-profit, staffed by volunteers, that is supported by donations from individuals and some big names in the industry, including Sony, Harmonix, the Steam storefront, and others. Able Gamers advocates for more accessible games and advises game developers on how to make necessary modifications to equipment and programs.

The organization published a set of game accessibility guidelines written by developers and by gamers with disabilities. The guidelines appear under the title Includification (I love that term). Accommodations for mobility impairments make up the largest category in the Includification booklet: remappable keys, compatibility with specialized input devices, and so on. Accommodations for hearing, vision, and cognitive disability are outlined as well. Able Gamers says that flash and flicker guidelines, not currently in the document, will be added in a revision scheduled for later this year.

Able Gamers does a lot of community outreach to gamers with special needs and tours the country demonstrating assistive technology devices that make game play possible for individuals who cannot use conventional controllers or other standard input/output technology. The group reviews games for accessibility features, and it provides online forums where disabled players can connect with each other. Able Gamers also provides grants to individuals who need customized assistive technology for gaming.

The Game Accessibility Special Interest Group (SIG) of the International Game Designers Association, founded by a member of Stockholm University’s Department of Computer and Systems Sciences, is a mix of game developers and academic and industry accessibility experts. The group presents at conferences, surveys developers, and organizes accessibility competitions for game design students. The goals of the SIG include advocacy, cross-industry cooperation, and creating a curriculum on accessible design that can be incorporated into existing post-secondary game design courses. The SIG is embarking on an ambitious, multi-faceted effort to move this agenda forward.

For developers seeking references on how to make games more accessible, the SIG recommends Able Gamers’ Includification and www.gameaccessibilityguidelines.com, a document that received an award from the Federal Communications Commission (FCC). The guidelines detail 100 accessibility features and include a remarkably clear outline of how to reduce the risk of flash- and pattern-induced seizures. The SIG also promotes a list of 14 accessibility features–such as easily readable closed captioning and colorblind-friendly design–that would have the most impact on gamers with disabilities. (Seizure risk reduction didn’t make the top 14 list.)

How photosensitive epilepsy is unlike other disabilities

I exchanged emails with London-based Ian Hamilton, an accessibility specialist and user experience (UX) designer active in the SIG. Hamilton was instrumental in organizing and producing gameaccessibilityguidelines.com. He respects the importance of seizure safeguards. “…even though epilepsy is relatively uncommon compared to things like colorblindness or dyslexia,” he wrote, “it’s one of the only accessibility issues that can result in physical harm, so it’s absolutely critical to get right.”

He’s absolutely right. Games and game equipment that don’t accommodate users with other disabilities typically make it frustrating or very difficult to play a satisfying game. As an example, a game lacking easily readable on-screen captioning will make users with vision or hearing impairments unhappy that they’re at a competitive disadvantage as players. But the stakes for users with photosensitive epilepsy (including the potential for serious medical issues and life-long limitations) are quite serious.

While designing images to minimize seizure risk belongs in any set of game accessibility guidelines, photosensitive epilepsy differs in some other significant ways from the other conditions/disabilities that need accommodations:

Under the heading “Ways to further accessibility in the games industry” Ian published a comprehensive list of steps required for making video games accessible to people with disabilities. In addition to game developers and disabled gamers, the stakeholders involved would include educators in game design, game publishers and distributors, platform manufacturers, government bodies, trade groups, development tool builders, and so on. Among the recommendations: “Include basic access requirements in publisher certification requirements, such as subtitles and avoidance of common epilepsy triggers (both of these examples are required at a publisher level by Ubisoft).” Ian notes in his preface to the list that bringing about this accessibility within the game industry amounts to “wide-scale cultural change.”

I applaud the work of the Games Accessibility SIG, the Able Gamers Foundation, and other groups addressing accessibility. They are making strides on an important issue while faced with the task of convincing the industry that design changes for accessibility will pay off in improved overall game design and a larger customer base.

But in order to make possible the massive and broad-based cultural change that’s needed, I believe these talented and dedicated advocates need significantly greater resources, buy-in, and recognition. The industry needs to declare publicly that it is committing itself to making gaming more inclusive of people with disabilities. In the face of frequent challenges about the contents of video games and their influence on young people, the accessibility issue offers a win-win public relations opportunity for video games.

The Entertainment Software Association is just the organization to proactively announce an industry-wide goal of providing people with disabilities easier access to video game entertainment and learning. The ESA should establish and contribute major resources to a game industry consortium for promoting and achieving accessibility education, standards, learning, and collaboration, leading to a more inclusive—and larger—customer base.

** “The Photosensitivity Task Force of the Epilepsy Foundation of America believes that a seizure from visual stimulation represents a significant public health problem. No known method can eliminate all risk for a visually induced seizure in a highly susceptible person, but accumulation of knowledge about photosensitivity is now at a level sufficient to develop educational programs and procedures in the United States that substantially will reduce the risk for this type of seizure.”

A short video clip on the website of Vanderquest Limited simultaneously shows a music video both before and after changes were made for photosensitive epilepsy safety. Read on for a link to it.

Gaming fans who object to the concept of seizure-safe games have some major misconceptions about how their favorite games would look after seizure-inducing visuals are removed.

I’ve seen people in online forums threaten to stop their game subscription if the game’s images are made safe. These folks are assuming that making safety modifications to the graphics will mean “neutering” the game experience in a way that ruins their enjoyment. In fact, very minor changes to images, which can be pretty hard to detect, are often all that’s needed.

Thanks to extensive research that defined the characteristics of images that induce seizures, it’s possible to make small changes that interrupt any such seizure-generating sequences. For example, after changes are made to some video frames, the flash interval–more than 3 flashes per second–which can lead to a seizure in people with photosensitive epilepsy, no longer induces seizures.

NOTE: For those with visual sensitivity, before you click on the upcoming link to side-by-side videos, know that you should be able to view the page safely because the problem images aren’t very large. If you’d prefer not to risk it, you might want to step back farther from your screen or cover the left side of your screen, because that’s where the problem images are.

Now click to see the side-by-side images of a music video running in its original form (with safety violations) and after modifications were made to comply with seizure safety guidelines (in the UK, they’re requirements, not guidelines). The changes are very subtle! Can you find them? As you’ll see in the modified version, even visual sequences that contain some flashes and quick cuts can therefore pass the safety test. Basically, portions of some flashing sequences (9 instances) have been altered or removed, which does little to change the overall viewing experience. Edits to the video that allowed it to be broadcast were done within a single day by London-based post-production firm Vanderquest Limited.

Readers familiar with the Harding Flash and Pattern Analyzer that I routinely use to test video material for seizure safety will recognize the HFPA results shown beneath both versions of the music video. Although the original, uncorrected official version could not be broadcast in the UK due to regulations barring seizure-inducing material from being shown there, it lives on on YouTube.

Imagine these types of edits to the user interface of a video game. Exactly how do they ruin the gaming experience?! Or artistic expression?