← Not a pretty picture: Z1 photosensitivity lenses disappear [updated]**
Is the risk of video game seizures really one in 4,000? →

People without epilepsy at higher risk for visually triggered seizures? 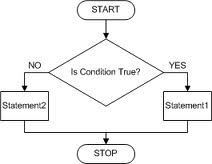 For reasons that are not understood, people without epilepsy probably have a much higher risk for video game seizures than those with epilepsy. This is why awareness of the problem needs to spread from epilepsy community websites to reach people who don’t typically think about seizures.

When hundreds of children across Japan experienced seizures during a Pokémon cartoon broadcast in 1997, researchers became aware that the prevalence of seizures precipitated by visual sensitivity–particularly in those without classic epilepsy–is considerably higher than previously thought. The commonly cited statistics surrounding this event include the arrival of 685 children at hospitals for treatment of seizures. A more significant figure is that of the children treated in hospital emergency rooms for the Pokémon-induced seizures, 76 percent had no seizure history. While the study that provided this figure can’t be accessed online in English, you can see the abstract for another study with a very similar outcome.

Far more than those 685 children affected by the Pokémon broadcast were not taken to hospitals. Japanese researchers surveyed thousands of families to determine the number of children who experienced symptoms during the broadcast who did not require emergency care. During the program 1.4 percent of all the children who watched it had symptoms clearly indicating epileptic seizures and noted that this compares with 0.5 percent of the general population with active epilepsy. In addition, many other children–perhaps 10 percent of viewers–had experienced symptoms consistent with partial seizures that were probably not identified as seizures and were therefore not brought to the attention of doctors.

Based on these findings, one study suggests that the prevalence of visually induced seizures in individuals who do not have seizures at any other time is twenty times the rate of  those with epilepsy. This means that although having a relative with epilepsy may not make any difference in your vulnerability to video game seizures, if you have epilepsy yourself, your chances of also having visually induced seizures may be much lower than average! Another study looking at the Pokémon data suggests that visual sensitivity may be present in everyone, on a continuum. Anyone can be induced to have seizures with the administration of electric shock, for example, so perhaps that may be the case with visual stimulation as well. If a stimulus is provocative enough, it may produce seizures in people who ordinarily are not affected.

Like classic epilepsy, the tendency to have seizures from visual stimuli is an inherited trait. In people with both photosensitive seizures as well as epilepsy (spontaneous seizures), the two conditions are inherited separately. This means that while having a relative with epilepsy does not affect your chances of having a seizure from flashing lights and video games unless that relative also has the light sensitivity, having a close relative with seizures triggered by flashing light does make it more likely. Of course, it is hard to know for sure that anyone is not sensitive to flashing images–the underlying sensitivity may be there but may never have been activated.